I can still picture coming home to Moon House and finding I Will Always Love You playing throughout the house.  Strange.  As I rounded the corner, I noticed the lights were dimmed and the candles were lit.  I moved forward cautiously, knowing that I was on the cusp of some sort of shenanigan.  Bart comes into sight and corners me whilst quoting his famous speech from My Best Friend's Wedding.*  He works the room and milks it for all it's worth until he has me Quarterbacked against the wall.  I can't take it anymore and bust out laughing as I started punching.  Hey, he deserved to be "hit on," right?

Another time, we found all the foosball men on our table were missing.  Later that evening we received an anonymous call to look out our back second-story windows.  What did we find?  All the foosball men had been strung from the roof, dressed as little Phantom's of the Opera, and were dangling in front of our windows.

And so goes my relationship with Bart.

We once hiked Mount Nebo together - it's a 14,000-footer for those who know hiking.  Put me on a four-foot high balance beam and ask me to flip and I've no problem.  But put me on a 10-foot wide ledge 10,000 feet high and I freeze.  He and Cassie stuck by me every step of the last spine so that I could make it to the top.  Once I got there, the trip down was a breeze.  Well, after I fell, ripped a nice hole in the bum of my pants, and shouted, "They're pink.  Get over it."

Our little mountain hike may be kind of symbolic of our friendship.  Sometimes, when I didn't feel I could go on, Bart stood by me until I could move on my own.  And if I stumbled a little?  He was there to laugh with me.  About six years ago I went through the biggest heartbreak of my life.  Bart was there, even in the midst of law school and law review, he was there.

Ultimate frisbee is one of my biggest passions.  Bart is to blame.  He made certain to give all of us females a "tutorial" at least once per week and organized games for us to practice our new skills.  I still like to think I'd make him so proud every time I play.  He is one of the few men I know who will help a person learn a sport until they become adequate rather then telling them they can't play because they aren't good enough.

When I started getting involved in physical fitness again in 2004, Bart was constantly encouraging me and keeping me on track.  I don't even know if he realizes he was doing this.  Partly because of his inspiration and example, I was able to go from obese to fit.

Whenever I had a rough day or a wonderfully exciting day, we had a code text to go out and celebrate or commiserate.  I loved our outings together.  If ever I had a big brother separated from birth, Bart would be him.  I've actually been acquainted with at least one person in Bart's family since 1998 - that's practically family, right?  Man, I can't even begin to get into all of the hilarious stories and pranks and conversations...

I would not be who I am today if it weren't for Bart.  My life would not have taken the same paths in any way.  All of the things I've been able to do because I'm healthy, all of the friends I have made playing ultimate frisbee, all of the bonding evenings spent planning the next prank...all thanks to Bart.  I love looking back on my friendships and realizing how intricate of a role someone has played in directing my paths.  When I first met this man on the front porch of Pinegar Apartments, I never in a million years would have imagined how he would change me.

Bart, I love you to the moon and back.  A million times over. 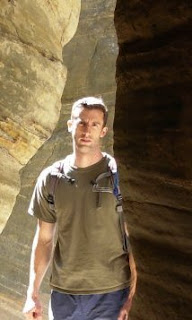 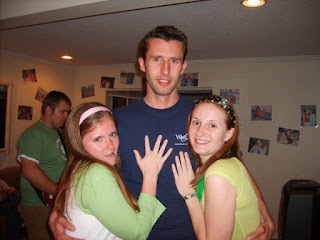 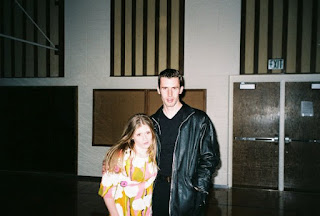 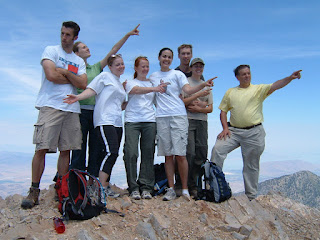 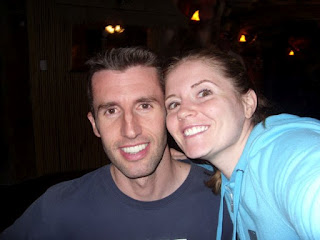 *Suddenly, a familiar song. And, you're off your chair in one, exquisite movement... wondering, searching, sniffing the wind like a dapple deer. Has God heard your little prayer? Will Cinderella dance again? And then, suddenly, the crowds part and there he is: sleek, stylish... radiant with charisma. Bizarrely, he's on the telephone. But then, so are you. And then he comes towards you... the moves of a jungle cat. Although you quite correctly sense that he is... gay (Bart always changed this to "not available", as he's as straight as the day is long)... like most devastatingly handsome single men of his age are, you think... what the hell. Life goes on. Maybe there won't be marriage... maybe there won't be sex... but, by God, there'll be dancing.
Posted by Larissa at 4:59 PM

Email ThisBlogThis!Share to TwitterShare to FacebookShare to Pinterest
Labels: Friendship, Month of Love

It is really a good place to go on. The road is really adventurous. You need to be aware of every step. You can use walking stick to keep up the balance of your body. You should also careful about the accidental injury.