Alright, I am officially in love with David Archuleta. Not in a romantic way (although if I were 10 years younger, watch out baby!), in a totally admiring cute little baby brother kinda way. I don't have a brother - maybe he'll let me adopt him? He does live in Murray which I pass every day on my way to work....
If you don't know what I'm talking about you MUST watch him on American Idol. He couldn't get more adorable. He couldn't get more talented. I voted for him tonight. I never vote. I love him. David, do you need a big sis? 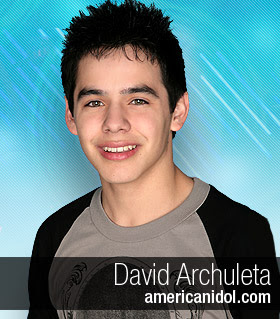 Google him to find some videos on youtube or something....you have to see him!
Posted by Larissa at 8:31 PM 2 comments:

I am extremely bothered by the cross-species mating/marriages the "AirWick" commercials support. An Elephant and a centipede? C'mon - that is SO not even possible! Today I saw a new one - an Octupus and *drum roll* a WALRUS! WHAAA? Who's with me? 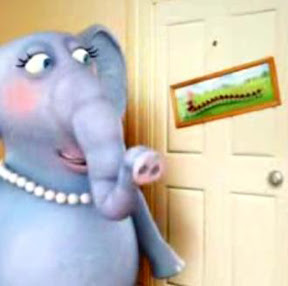 In celebration of the big V-day, I decided to share with you all of the times I have been "picked up on" in my dating history. Yes, I can remember and count them all.
1. Walmart Guy - Hispanic man finds me in the toy section and says, "It is not every day I see a woman as beautiful as you." I say, "Thanks," and high-tail it outta there!
2. Smith's Parking Lot Guys - I hear this hispanic kid and an african-american kid screaming, "Girl, hey you, girl! You in the black pants and pink shirt, you TIGHT!" I laugh at their attempts to find a holla back girl, then look down and realize I am, indeed, wearing black pants and a pink shirt.
3. South African at the Gym - This guy, Meshek, kept making conversation with me at the gym. I thought he was just being nice, so I talked with him even though I had a boyfriend. One day he asks me to a party with him. Those who know me may know my extreme weakness for beefy black men, but I had to politely decline. He was rather put off when he learned I had a boyfriend and said, "Well when you decide you need a real man, you know where to find me." No, Meshek, I don't! You stopped coming to the gym two days later and I've never seen you again in two years! Where are you? I haven't met my goal of getting a date once a month yet for February! Anyone, anyone?!?
4. Karaoke Bar Guy - Picture this: this time last year, sixty miles outside New Orleans, hotel Karaoke bar, me and my friend B wanting to watch some hilarious drunken karaoke. We no sooner sit down than two guys start oggling us. I got this really cute little guy (total hottie, seriously) and B got this perfectly ha-uge former high school football player. Both were southern gentlemen through and through, entirely baffled about us not drinking, and entirely baffled that their attempts to woo us were failing. I was still "living in heartbreak hotel" at that point, so this adventure gave me a much needed confidence boost (and me and B quite a good laugh!)
Yep - 4, that's it!
Posted by Larissa at 11:19 AM No comments:

A young man who was formerly pursuing my roommate (in a rather desperate fashion) decided to stop by Sunday evening now that he has a girlfriend. He believes somehow this will prove his rediculous/delusional claim to have only ever trying to be a "big brother" to said roommate.
Unfortunately, I happened to be cornered alone - no roommates to come rescue me. He proceeds to share with me about his new girlfriend and why he is afraid because she reminds him of his ex-wife. Red flag much? He mentions something about a weird question some girl once asked him, which prompted me to share with him the following:
"I was asked a strange question by some guys in my ward last week. They asked me if my roommate was cute when I said they would like her (personality-wise). I told them that she seems to attract guys, but I don't know what they are looking for. Then they asked how cute she was compared to me. Isn't that a horrible question? I don't know if they think I am butt ugly or a hottie mchothot! You don't ask girls questions like this!"
Crazy guy's response?
"I know exactly what they were thinking when they asked you that question. Do you want to know?"
"Heck yes!" I am slightly amused with him at this point because I am wondering what outlandish ideas he might concoct, but I never imagined what really spewed forth from his ever-so-untempting lips.
"Well, see, you have a lot of potential to be a really pretty girl....blah blah blah blah mumble mumble"
POTENTIAL?!?! What the? I sure as heckfire know I'm not ugly, although I, like most girls, don't know how "pretty" I would claim to be. Amidst all of his ramblings I catch wind of things such as:
"You are so depressed and depressing every time I come over here."
"You are such a home body, you never go out and do anything."
"I am afraid you are going to turn into a single old cat lady."
"You are such a tomboy, it is OK to be a girl once in awhile."
"You seem to want to be one of the guys and be rough like them."
"You look much better with your glasses off...they are not attractive."
"You have spunk, but you are SO bitter against pretty girls and you are way too cynical."
"It doesn't hurt to smile once in awhile. Just BE happy! What's so bad, anyway?"

To help aid your brain with the preposterousness of this situation, I will share with the number of times I have interacted with this particular young man
1. Ultimate frisbee about a year ago where he complimented me like crazy about my mad frisbee skills.
2. Halloween dance where I was dressed like a hippy in a long dress (very girly) and where he also picked up on my roommate.
3. Two times after 10pm at my apartment when he came to try to mack on my roommate (unsuccessfully)...aka in my pajamas.
4. At my house Sunday evening when my digestive system had been rebelling and I had no intentions of going back out again..aka..in my pajamas.
Total time talking before the night of insults? About 10 minutes!

Is anyone as confused and thrown off as I am? Could this man be any further off in his perception of me? I love athletics, but I am a total girly-girl! Before I lost my job, I was out so often my roommates would go days without seeing me! Most people who know me would tell me I'm one of the happiest people they have ever met!

My response to him? I didn't really say or do anything but smile and nod. Obviously this man has issues, so I needn't do anything to perpetuate those. I did get in one good jab though. "Well, I was probably stand-offish towards you when you came over because I knew who my roommate was interested in at the time and I knew it wasn't you. That made things kinda awkward for me when I would answer the door and it was you."
He didn't cover his dissatisfaction at me saying this very well and continued in his charade of trying to convince himself he was only ever trying to be a "big brother." I don't know where he was raised, but I DO know that most people don't try to make out with their sister's. Or maybe that's just me?
Needless to say, this crazy fool traumatized me. I immediately put nice clothes on and headed to a party I knew was going on, sharing this tale of misfortunate word-vomit with as many folks as I possibly could. I was impressed that their reactions were even more dramatic than what was going on in my head. I am very glad to know that my idea of who people think I am is more correct that his idea of who he thinks I am.
What do you guys think???
Posted by Larissa at 1:15 PM 5 comments: