That doesn't mean I don't listen.

On my drive home from work the other day, a story on the radio regarding Wikileaks and the political implications got me thinking about the age of information.  Once upon a time, having immediate access to information and being able to spread the word as quickly as possible put you a notch above the competition.  Folks gathered around their radios to hear each gem at a designated time daily.  You had to have interaction with people to keep informed about most things, or wait for your news broadcast or daily paper.  Think about Watergate in the Nixon era - having the information was a goldmine then.

Now, you know what everyone ate for lunch the moment it happens.  But really, who cares?  People will divulge information that breaches national security just because they can.

With instantaneous access to all information, whether we want it or not, what now puts you a notch above the competition?  I'm going to argue that the ability to keep your mouth shut and only share information that matters is what makes you supreme. 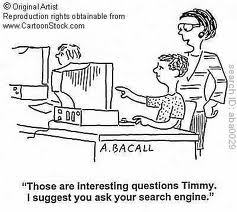 So true! Love this! And this is one of the reasons my blog is so cryptic lately. :P Hahaha!

Make up your mind already Sheesh. ;-)