For almost a year now, I've had the pleasure of working out at the same time as a charming fellow who has taken a fancy to me.  My friends know him as "Gym Boyfriend."

I relish my gym time - it is my time to detox, to reflect, to think, to end the stresses of the work day.  I don't prefer to date anyone from the gym because that could possibly taint my refuge.  I haven't really had to worry about too many men at the gym trying to bust a move because, well, there are other ladies who clearly want moves busted, whilst I cover myself more than adequately, actually sweat enough to soak a shirt (Gross, right?), and always have my marshmallows stuffed in my ears.

I've only had two men hit on me at the gym (and one woman...but that's for another time).  Both of them were beefy, muscular, dark chocolate South Africans...in Utah of all places.

Gym boyfriend asked for my number back in November and, whilst we have talked since then, the follow-through with his request didn't happen until about three weeks ago, at which time he physically handed me his phone (he said I'm hard to pin down - pffffft.  Okay, so maybe I am...) and asked me to enter my number.  So I did.

He texted me twice and called me once that very day (I was busy and couldn't respond).  After a few texts, I decided to give him the heads-up that I'd been dating someone (no longer am) for a few months although we weren't exclusive.  He backed off a little.  Rightfully so.

A few days later, on a Sunday, I get a text asking how my day was.  I responded with all the good vibes of the day and that church had been great.  He made no response about church.  I wondered, "Hmm...I just assume I give off that totally LDS vibe, but maybe, just maybe..."

I texted, "Random question.  Are you LDS?"

"Mormons are good people, but I thought they don't date outside of their faith."

"I did when I was younger, but now I am done dating for fun and only date seriously."

"This is very interesting.  I will call you tomorrow and we will talk about this some more."

I never heard from him again.  I've seen him at the gym twice and he avoids me like the plague.

Upon bemusedly telling the story to a dude friend who is of no religion at all, I asked, "Is he afraid of me now or something?  It's kinda hilarious!"

His response?  "He isn't afraid of you at all.  He's afraid of what he's not going to get from you."

Ah.  Touché.  All those months of staring at my J-Lo booty in tight gym pants...for nothing. 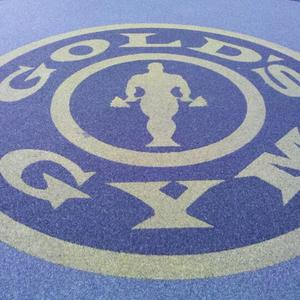 Huh. Somehow, I didn't think that was going to be the conclusion to that saga. Good thing you brought it up before you actually went out, and now gym is still your refuge!

haha that seriously cracked me up, Larissa!

My sister started dating a guy recently who was not LDS. He knew going into it that she WAS, very much so. I don't think anyone in my family thought it was very serious, perhaps because he was only 22, and she is 33.

However, they recently broke up after 2 months of dating. He gave her some line, like he wanted to see what else was out there...a.k.a. he wants to have sex, and she doesn't. I wasn't surprised, but she was devastated. I guess it still hurts to be rejected, even when you know it's not what you want in the greater scheme of things.