Saturday the 10th was my 5th annual A Christmas Story pajama party.  And boy was it a hit!

The day before the event, I received a distressed call from my co-host, whose home at which we were having the soiree.  His grandmother had passed away and his entire family was coming into town.  There is no way you can predict this kind of tragedy and I reassured him that I'd figure it out and not to worry.  Enter Jacob.  He, upon hearing of my situation, gladly offered his home up and baked brownies.  Really, there is no way to repay someone for such a kind, selfless act.

I think the photos speak for themselves, way too much sugar, way too many pizzas, definitely not way too many friends.  All the people I love were in and out with such frequency that I had no time to take pictures once the guests started arriving.  Too bad, my red polka-dot PJs were adorable:-)

Buying Christmas gifts for people is a little overwhelming these days, so with the exception of a few, in place of buying gifts, I throw this party and feed everyone.  Clever, no?

Some have asked, "Why A Christmas Story?"

I hope each of your Christmas stories are just as wonderful this holiday season! 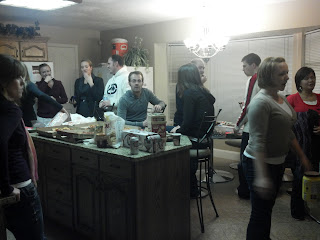 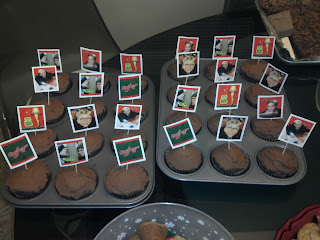 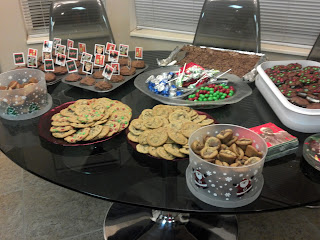 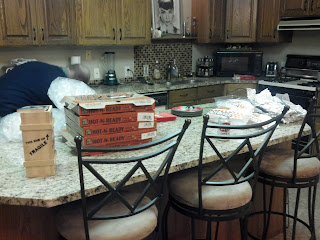 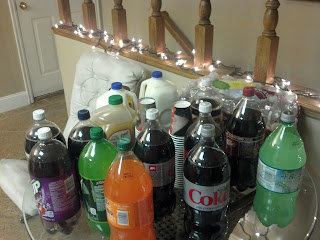 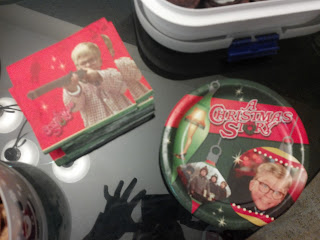 Parties are incomplete without any gaming event. You can choose to have Murder Mystery Dinner Game. It will add an enthusiastic rhythm to your party. Their realistic mystery will capture your whole party.