Blues in the Night

For the first time in eight months I have no rehearsals and no performances this week.  Not only that, this "no rehearsal/performance" time period is indefinite - nothing on the horizon.  I'm pretty excited as, regardless of if I am in a show or not, I always manage to fill every second of my spare time...there are many opportunities and friendships that I need to re-visit.
I do, however feel a little like I'm going through a break-up.  I spent the last eight months developing strong bonds with fellow performers, the characters I'm playing, the show itself - every day dedicating every ounce of thought, emotion, and time to each other.  Then one day you sing your last rendition of "Blues in the Night," walk off that stage and it is over.  Forever.  Ouch.
There has been a chain of events - one intricately linked to the other - that has lead me to different and better places than I ever expected this year.  Especially to the place of saying I have played one of my dream roles and of accepting the thought that I might actually qualify as an actress.
This past show was definitely the best performance I've personally created.  I never could have pulled off "Ginger Brooks" even six months ago.  If it weren't for director Michelle Groves in Bye, Bye Birdie, I would never have had faith in myself to convince an audience I was someone completely different than myself, or never have had any faith at all in my acting abilities.  She taught me more than I ever imagined while having unfailing confidence and trust in me.  If it weren't for director Lee Anderson in Damn Yankees, I never would have known I could have a strong, commanding stage presence.  Director Rosalie Richards, of 1940s Radio Hour, let me run with my ideas for a character and showed me I can create a sexy pinup girl.  She saw something in me I did not see in myself.  Who knew?
I'll miss the stage for the next little while, but I'll be back - rested and better than ever! 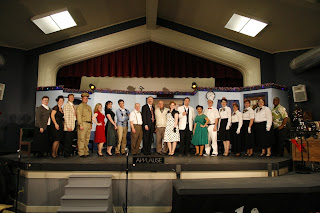 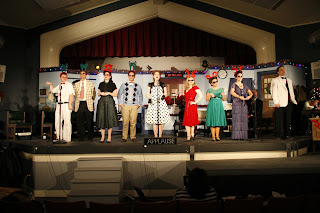 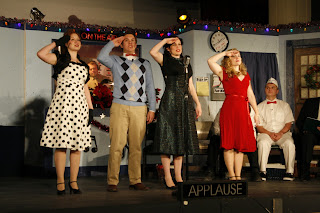 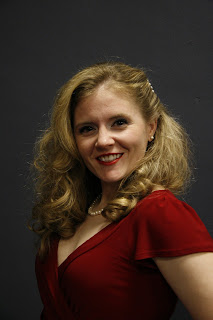 You are so much fun to watch on stage, I can't wait for your next show, but enjoy the time off.

Stephanie!!!!
I'm so glad you read my blog! HOORAY!
I can't wait for YOUR next show!