Let's say you organize an event, but are unable to attend.  Afterwards you hear only this: "I wanted to let you know that the drinks were warm and the entertainment arrived five minutes late."

My personality type hears, "You screwed up."  After all, nothing else was mentioned.  The only things worth mentioning at all were the bad things?  Oh crap, I must have really screwed it up.

The personality type who says that may actually be thinking simply, "Hey, FYI."  No padding.  Straight fact.  No, "It went great but we may want to check this out in the future..."

I don't understand this type of communication because I think most people would also throw in the good things with the bad things if they wanted to communicate that activity X went fine but here are additional items for the checklist next time. And what would be the point of communicating only the bad unless you were trying to let the person know they screwed up?  I don't get it... 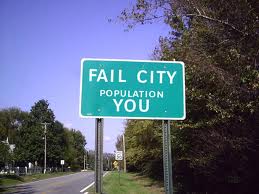