Last night I had the pleasure of sharing the evening with film connoisseur Dennis at Calvary Chapel Salt Lake to view Parable Productions' Beau Jest.

In the words of director Annie Fields:
"Beau Jest is a super funny comedy about a young Jewish girl dating a gentile, (by the name of Chris Cringle, no less) and just can't bear to tell her parents yet. So, she hires a Jewish actor to play her boyfriend at her father's birthday dinner. Well...turns out the only thing Jewish about the actor is, he did Fiddler on the Roof in summer stock once and she is mortified, but too late, her parents have arrived. The fun ensues as they fake their way thru dinner and the parents love him so much, they invite him to the Passover Supper the next week."

When a friend asked me what the show was about after I had seen it, I replied, "Kind of like the Jewish version of My Big Fat Greek Wedding."  That's really the closest comparison I can make.  But you know what that means?  Laughs!

The 90s setting took me straight back to Saved by the Bell glory days.  I also found myself grateful that our tastes in decorating have evolved.  The set was simple with attention paid to the little details - an actual 35mm camera, a speed-dial machine, a pager, and more nostalgic treats.

We found ourselves a little baffled with the lack of romantic chemistry between the pair in the opening sequence - Sarah (Marissa Poole) and Chris (Josh Shimizu).  Then Sarah's family arrives and her brother, Joel (Ren Shore) was like a bump on a log.  I leaned over to Dennis and said, "I bet this is a set up."  I must have been wearing my smarty pants because later in the show *spoiler* we learn that Sarah's chemistry with Chris isn't as genuine as we first believe and that Joel is an observant therapist who has caught on to the whole ruse.

When Bob/Dave (Ed Farnsworth) enters the stage, the chemistry between Bob/Dave and Sarah set sparks flying.  Fellow audience members verified this with me. They truly worked for me as a romantic duo, which is rare, even on Broadway.  I wanted to squeal when their longing tension finally led up to that first passionate kiss.  And who can blame Sarah for falling for him?  He looks like John Krasinski!

My favorite duo of the night, however, were the long-time married Abe (Neal Barth) and Miriam (Nancy Jensen).  They bicker with the best of 'em, yet in a totally non-tension raising way.  You can see how Sarah's desire to please these two serves as the catalyst for the entire show.  In the romance department, not much is written lovey-dovey for these characters, but you do get all the glory of the curmudgeonly ways of a familiar married couple.  I have to admit, rare is the occasion I see anyone as skilled on the stage as Nancy Jensen, but Neal Barth carries his own as her stage husband and then some.  If you like the father in My Big Fat Greek Wedding, then you'll love his performance.  You can tell he is a seasoned veteran, even without reading his many professional credits in the program.

The four main actors/actresses carried the show in a manner creating the sense of unity you like to see on-stage.

The brother, Joel, was a disjointed character, even in the staging, as he always sat off to the side of the group in a chair alone.  When we learn he is an "observer," we realize this is intentional, but it does create a lack of interest or like for his character for me.  His character does have some redemption for me at the end of the show when he reveals his knowledge and shows his unconditional love and support.

Chris, the scorned lover, is fully convincing and adorable (can I use that word to describe a male?  Oh well, he is!) in his role, yet, you don't entirely warm up to him because Sarah doesn't love him, so we probably shouldn't either.  One of my favorite bits was actually when he and fellow suitor, Bob/Dave compared engagement rings and Chris realized he possessed the bigger diamond.  This was a side bit away from the main dialogue on the stage, but brilliant.

Although outweighed by the fun, there were some boring moments in the script, such as a passover dinner that takes entirely too long to get through, but is integral in establishing the Jewish culture.  Which leads me to one of the things I found most fascinating about this show: the culture.  I'm not too up-to-speed on non-Christian religions and I found the show as much educational as I did entertaining.  I realize much of it was "stereotype" and made to be humorous, but I still believe it establishes the principles of heritage, tradition, love for God, dedication, and family.

Oh, speaking of family friendly... There is a bit of dialogue about circumcision that caught me completely off-guard.  Circumcision, however, is something of importance in Jewish culture and, dare I hang my head in shame at admitting this (Dennis will rat me out if I don't), I found it hilarious.

Take all these details, tie them together with a pretty little bow made of a few dozen laughs, and wrap the gift with the traditional family-friendly happy ending.  I enjoyed my evening and consider my $5 well-spent.  The actors all have chutzpah, the theater is comfortable, the sound does not falter, the staff is uber friendly, there are no meeskeit's, the show was not laboriously long, and you will laugh often.  I do, however, recognize this show is not for everyone, but if you are thinking about going, this is my encouragement to go.  I was pleasantly surprised! 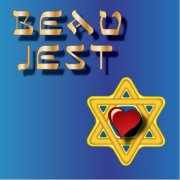