Why are you Still Talking?

This is a question I don't commonly ask myself.  I'm pretty amusing, especially when I've lost my brain-to-mouth filter.  But sometimes?  Sometimes I really do need to just stop talking.

For example, Sunday night.  As we all know, the singles ward boundaries in Salt Lake City have thrown caution to the wind and given us all a chance for a fresh start with realignments of boundaries.  Need to know your ward?  Log in to Lds.org or here.

I have not been a regular attender of ward prayer* or like activities for quite some time.  Mainly due to rehearsals or athletic training or flat-out exhaustion.  I'm four months away from expiring.**  I've been doing the overly-energetic meet and greet for almost 13 years and I am worn out.  BUT!  Hope!  I decided to give these last four months my heart and soul - go out with a bang.

Back to the story.  Sunday night I decided to attend ward prayer, as some of my favorite people landed in Oz with me after the tornado.  This feller sits next to me on the couch and, after a good while of talking with my friend, I decided to introduce myself to TG.

He says his name.  I respond, "How do I know your first and last name but not you?"  I ask a few questions before a listener-inner asks if I attend theater much because TG (Theater Guy) is, well, a theater guy.  I bust with excitement and say, "I'm a theater person too!"  Apparently I said this in a rather strange or condescending or sarcastic way because no one believed me until my friend piped in.  Even then, they made me tell them all the shows I'd done and what parts I had played.

He then tells me the role he is currently playing.  To which I respond, "OoooOoooOooh.  You have a bad reputation."  Who says that?!?  I clarify that I'd heard a conversation regarding how he'd been a diva, but someone else in the conversation said he was quite nice and I couldn't remember who either person was.  My clarification really wasn't making anything better.  He, thankfully, laughed it off and said he had been a diva in a couple of shows, so it must have been those.  I profusely apologized for not having my filter activated.

Where did the conversation go from there?  Where else?  Downhill.

I'll share some highlights, but I'm not going to even try to explain how we got to each topic, for I have no idea.

1. "Oh, no I haven't seen that one.  I hear there is a six foot male anatomy (I used the real word but don't want creepers finding my blog by searching for that word) on stage and I don't really care to see that."  Naturally, he didn't hear me the first time, so I had to repeat myself.

2. Him: "Let me show you a picture of the 2.5 carat engagement ring I bought for my ex-fiancee two years ago."
Me: "Your ex must have been a big girl."
Him: Confuzzled look.
Me:  "I mean tall, she must have been tall.  Because when I went ring shopping last year, we put 1 carat on my finger and it was too big for me.  My ring size is 3.5.  So your girlfriend must have been a tall girl."
Seriously? Do NOT give a man your ring size OR act interested in photos of an engagement ring for his ex OR tell him about your past romantic interludes in the first 20 minutes you've known each other.


3. Figuring theater talk, after my original word vomit, was relatively neutral and safe and was leading to my overdue exit, I diverted - "So do you know TG2 (Theater Guy 2)?"
"Yes, I do."  Said with a weird sort of grimace.
"Awesome!  Well, I'm going to his house to watch Mad Men right now - some of us do that every Sunday night."
"Okay, yeah, I know him."
I get to TG2's house and ask about TG.  He laughs.  And says what?  "Oh man, he HATES me.  I made out with his little sister.  If you ever want to get him mad just say, TG2 made out with your sister.'"  He continued laughing, especially when I told him of how I awkwarded up the conversation all over the place.

Unintentionally awkward conversations are awesome.  I don't really care - a good story is gold - I just don't want to do it again anytime soon. 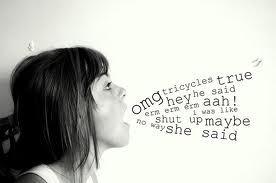 *Ward prayer is a Sunday night activity that some LDS singles wards do where someone offers up their home for everyone to gather, share a spiritual message, a prayer, some talking and some treats.  Often times this is joked about as "ward stare" since many people go just to check out the dating selection.

**When a young LDS single turns 31, they must attend a family ward instead of a singles ward, because those wards are for 18-30.  Mid-singles wards for 31-45 do exist, but are not the most appealing option for this gal.
Posted by Larissa at 9:09 AM

I am laughing so hard right now! We are alike in so many ways!

Oh man. Hi-LAR-ious! I too am a victim of brain to mouth filter. It's pretty bad and Scott has had to reel me in more than once.

The REAL question is this: Who is TG? I MUST know who the man-diva is!

This tall girl thinks her 1/2 carat looks perfect on her finger. SOooo, height isn't a good reason for a large gem.

Soooooo awkward. If I weren't off the dating market, I'd use this story to create a long list of "thou shalt not" tips for first time conversation.