I'm the Girl of your Dreams

A couple of weeks ago, within about five days, I had three people tell me about their dreams, starring me.

This is very amusing to me, as I am a vivid dreamer and love when people think it isn't too weird to share with them.  I present their dreams.

1. Last night/this morning I had a dream that I was directing a medieval/Robin Hood-esque film. Except, I was also an extra, so I ended up in the balcony for a really pivitol scene while someone else directed. YOU were the captain of the King's guard, but dressed like Robin Hood, complete with green tunic, tights, and hat. Boy X was the goofy sidekick to the hero, and the hero was a tall, skinny fellow. I remember thinking I should switch Boy X and the other guy's roles, since Boy X looks like the classic hero, but during the dream there was reason not to.  Also? I was watching Golden Girls and The Cosby Show for inspiration.

2. As for the dream, you and I were at college (nondescript college). You were trying to tell me something, but I kept running away. You kept pursuing me, and I could never really avoid you. That went on for a while and I woke up.

3.  There was a huge church dance, including many people I knew, and you were one of them. 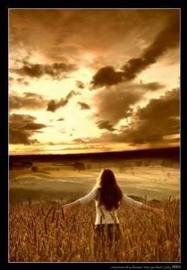 Wow. That first dream is super detailed. And crazy. Your friends are weird.

(and now I want to see what you'd look like in a Robin Hood costume. I'm just sayin'...)