My friends have come to observe that if I do not generally enjoy a show, I won't generally write about said show.  The thing is, sometimes I become a little overwhelmed with professional and personal things and my brain simply does not have enough juice to compile my thoughts in a coherent fashion.  The longer I wait, the more I realize - the brain juice may not begin to flow again for quite some time, so I might as well just write. (and you better believe the first time I typed "write," it came out "wrtei"..spell check had no idea what to do with that)

I apologize in advance if my thoughts seem incoherent.

Blithe Spirit is a British comedy of sorts regarding the playboy Charles Condomine (Stephen Bradford), his current wife Ruth (Kristen Fox), and his deceased wife Elvira (Michealla Greeff).  There is a seyonce where Madame Arcati (Nancy Jensen) brings back the spirit of Elvira, whom only Charles can see and hear.

The script is wordy and very British.  I don't think I've learned to appreciate that kind of humor as much as others.  I'm the queen of taking thirty words to say something that could be said in five, but it looks like author Noel Coward is King.

As far as the performances go, Kristen, Stephen, and Nancy nailed it.

Nancy played the crazy medium no-holds-barred.  She has this adorability factor that wins over every audience I've seen her work. Every character I have seen her play has been entirely different from the last and she loses herself completely - becoming a new person.  I only hope I can have half her talent some day.

Kristen channeled the intricacies of a woman in love with a man she has been fooled into thinking loves her as anything more than a caretaker.  In the first act, her Ruth and Charles had this fantastic flirtatious banter that proved to me that an on-stage relationship can be greatly impacted by the off-stage interactions of the actors.  I can't mention the first act without mentioning how drop-dead gorgeous Kristen looked in her first costume.  Yowzas.  These two are comfortable friends and you can tell.  You can also appreciate Kristen's rage as she lets Stephen have it for being a conniver and a womanizer.

Stephen.  I found his Charles truly likeable for the first half hour or so and then he turned into a slime-ball.  His character didn't necessarily think he was being a jerk, simply acting in his own self-interests - he couldn't see outside of his own little world to realize the impact of his decisions on these women who loved him.  Or did they?  Because of his blatent change in no longer covering for his true feelings, we see the women in his life peel back a few layers themselves and you begin to realize that everyone was involved out of convenience.  Or were they?  Part of Ruth seems to truly love Charles, but truly hate him all at the same time.  Perhaps she caught on to his deplorable acts, but kept pretending to live in the world she so much desired.

I knew all but two of the cast members of this production, which lead to a particularly entertaining evening for me.  I love watching what parts of themselves my friends put into their characters and what parts they totally abandon.  Will they abandon everything and I see a stranger on stage?  Will they pull from all of their own experiences to make them and their character seem one and the same?

Stephen, Nancy, Kristen, Bryan, and Michealla - thanks for a great evening at the theater!  The show has now closed, but I've got these amusing memories* forever. 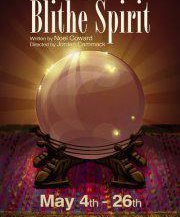 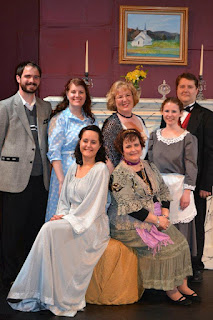 *Stephen and Kristen preparing alcoholic beverages...ha.
*Kristen smacking Stephen in the face so hard that he had to run off stage and ice up

Thank you Riss. This was hands down the BEST theatre experience for me. The stress and tears were definitely worth it.