Clue Live Action + Miss Scarlet + Dozens of singles ages 18-31 = Trouble.  With a capital T and that rhymes with P and that stands for Pathetic.

The Scenario:
I was selected to play the character of Miss Scarlet, the sexy one, for our activity of live action clue.  I have to live up to my reputation of somewhat being an actress, so I tried to stay in character.  I spoke in a sultry voice, positioned my weight just so, and winked abundantly.  Men I have never before seen would throw flirtatious comments my way and even say some things slightly uncomfortable.  I couldn't quite figure out why they flirt so much with Miss Scarlet, but not so much with Larissa when we are, indeed, one in the same.  Some folks got I was back to being me after the game ended, others didn't.

*Disclaimer* - this is all in good fun.  If any of the parties involved read this post, you have to recognize the hilariousness of these situations and the total blog-worthiness of it all.  And I totally am not following the rules of Clue - the "clues" below are just hilarious, awkward stories from the evening.

Clue 1
"How much do you weigh?"
"What?!  You do not ask a lady her weight.  Ever."
"If you don't tell me, I'll guess."
"I honestly don't know, I haven't stepped on the scale for a month."  (this is because I am majorly disappointed in my eating habits the past month and don't want to sink into major depression based off of what that blasted needle tells me)
"Oh please, you are a girl.  You know.  What is it?  I'll guess!"
"No, no, that's okay.  I'll tell you because if you guess you'll over guess and then I'll be depressed."
*Insert his weight guess here*
"Hey you didn't wait for me to answer!  Fine.  Last time I stepped on the scale was *insert weight two pounds less than what he guessed*."
"Okay, so how old are you?"

Clue 2
Gentleman moves to put his arm on my shoulder and scores an accidental bum graze.
"Whoa, watch those hands."
"It was an accident!  If you were a guy, I'd say I didn't know it stuck out so far."
Awkward laugh and blush.
"Um, but you are a girl, it is supposed to stick out.  Guys don't stick out so far."
More awkward laughs.
"...and ghetto booties are totally in now thanks to J-Lo! So you're good!"

Clue 3
Involved in a conversation, the young man abruptly turns and walks towards some food.
I hear the command, "Come here."
Naturally, I cannot believe I've been given an order like a trained dog and follow him to confirm if I had just heard what I thought I heard.
"Did you just say, 'Come here?'  Does that really work on people?  Like, do people actually respond to that?"
"Well you just did."

Clue 4
Via Facebook Chat
"Okay.  Ima go sleepy now.  Wanna come?  I think I am funny sometimes."  (not honestly offering for the young man to have a slumber party with me - I just think the invitation is hilarious and probably shouldn't and should probably stop...oops)
"Ha ha.  I need to finish some work and I have a sore throat for no reason today, so best that I not smother ya."
"Wow. Even my pretend invitations get rejected."

Clue 5
Facebook message this morning from a man at the activity who has never spoken to me.
"Would it be alright if I called you sometime to set up a date?"


Mystery Solved: It was Larissa in the church building with the high-heeled shoes.

I had an absolute blast the entire evening.  I think I thrive off of awkwardness sometimes. I'm not saying I condone it or enjoy these weird things, but it does give me some inexplicable rush and some seriously spectacular stories. 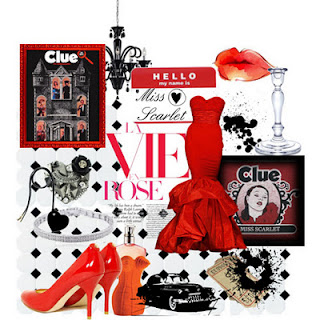 Wow, um, this made ME uncomfortable.

IMO, none of those seemed like they were flirtatious, and ALL of them seemed like they don't know how to behave in social situations involving women. They sound lame. No wonder they're still single.

Although, kudos to the guy who decided to ask you out. Way to break out of the Single, LDS male box of just asking a girl if she wants to hang out. You should definately go on a date with him. Unless he was one of the ones who don't know how to talk to women.