Once upon a time, my older sis worked at the corporate headquarters for Victoria's Secret.

Because of her generosity and my college-days-broken lack of ability to do laundry more than once every three weeks, I had a lot of unders to say the least.

My roommates greatly enjoyed pranking those who were asked out on dates while we were gone.  I looked at it as a right of passage and looked forward to the prank when I returned home as much as the date.

Our Elder's quorum president and one of my besties, Justin, had asked me to accompany him to see Ocean's Eleven.  Upon returning to my apartment, he reached for the door, only to find the underside of the knob entirely covered in toothpaste.  I shook my head in acknowledgement of a job well done for the roomies and out of satisfaction that it was him to get the brunt of the joke instead of me.  The least I could do was comply with his request to come in and wash his hands off.

Huddled on the couch like birds in a nest were three of my roommates - staring at me as if three-amiga deer in the headlights.

They continued to exude fear.

"Umm...why are you guys looking at me like that?  Was that...what else is there?  Did you do something to my room?"

I saw one of them dart her eyes up to the ceiling quickly and then back to me.

There, dangling for all the world to see, was a pair of my undies.  Like a scene from a horror movie, "Psycho" music playing in my head, I began to see every single pair of unders I owned draped all about the apartment- off pictures, in the window, on doorknobs... (darned having just done laundry that day)

From the kitchen I hear, "Hey Riss, mind if I use your towel to dry off my hands?"

I frantically rush into the kitchen, hoping he hadn't seen my many secrets, "Of course you ca...."

To my abhorrence, I see Justin reaching for a "towel," only it was not exactly a towel.  He knew exactly what he was doing and looked at me with this darling, huge, horrific grin on his face.  I made a mad dash for the "towel," as he proceeded to say, "There's some over there...and there...oh...over by the fridge...there ya go." 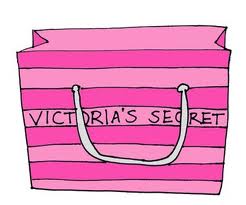 That is fantastic! Well-played prank by the roomies, and I love that they just sat on the couch waiting for and then watching the excitement.

I was your next door neighbor when that happened. Fun memories. Juice probably won't forget that either ;-)