My advice you may not like - you don't have to take it.

You don't want a man's relationship with you to be a reaction to something.  You don't want him to only ever act when you threaten to leave.

You need internal strength.  Having confidence that you can find happiness with another man shows him he has to work for you.  I know it hurts.  But, he needs to pursue you like a lion after his prey.

Too many girls succumb to the role of sweet, little darlings following men around and begging for their attention, then giving them their heart and soul at the slightest sign of affection.

Geez.  I've been guilty.  I once expressed to a young man a reevaluation of our relationship.  At that moment, he would have done anything to keep me.  And he did -  he told me he wanted to be with me and to marry me more than anything.  So I stayed.  I stayed when the promise of proposal never came.  I stayed when he called me a B*@%#.  I stayed when my intelligence was questioned dozens of times each day.  As the months added up, I realized he had done nothing to back up his words of reaction.

How does that saying go?  The road to hell is paved with good intentions?  I can't live with a partner who doesn't act- who only reacts.

Can you see how a situation where you are the pursuer can turn into something where he sits back and lets you do all the work?  Maybe I'm jumping the gun, but HE** NO! That is not a partnership.  Yes, reciprocate efforts, but do not do all the work alone.

He needs to need you and actively communicate that in thought, word, and deed.

If you tell him you need to walk away one day and then you are right there pouncing back in the next, well...then he still doesn't need to pursue you.  He may not consciously realize this, but it won't motivate him to act in any way.  I know it hurts.   I know it sucks.  I know you want to cry.  Do cry.  Don't pursue.

You want a man who is actionary, not REactionary. 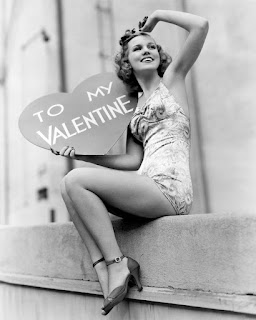 I needed to read this. I read it the day you posted it but am just now commenting. Thank you.

haha! You know I love this post. Pretty much because...it's my life. :)

Oh man, I got behind in reading your blogs, so I'm catching enough. Oddly enough, I am currently in this situation and was getting stressed out and annoyed by it. This definitely helped. I will search for an action man. :)Love you! :)

Very very true. But don't let your search for this kind of man turn into a requirement that he be the exact opposite. There should be a happy medium. If you're not trying to attract the man of your dreams, he may not notice you. Basically, you should both be working hard for the relationship if it's going to work.